Step by step tutorials showing you how to install and configure various applications and services on Debian based Linux distros.

In this tutorial we’ll install the Debian Linux 9 (squeeze), Apache 2 with mpm-itk (to run each web as a isolated user),...

1. Request a tunnel from a tunnel broker:

3. Your should now have IPv6 connectivity: 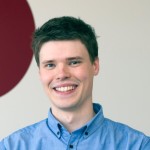